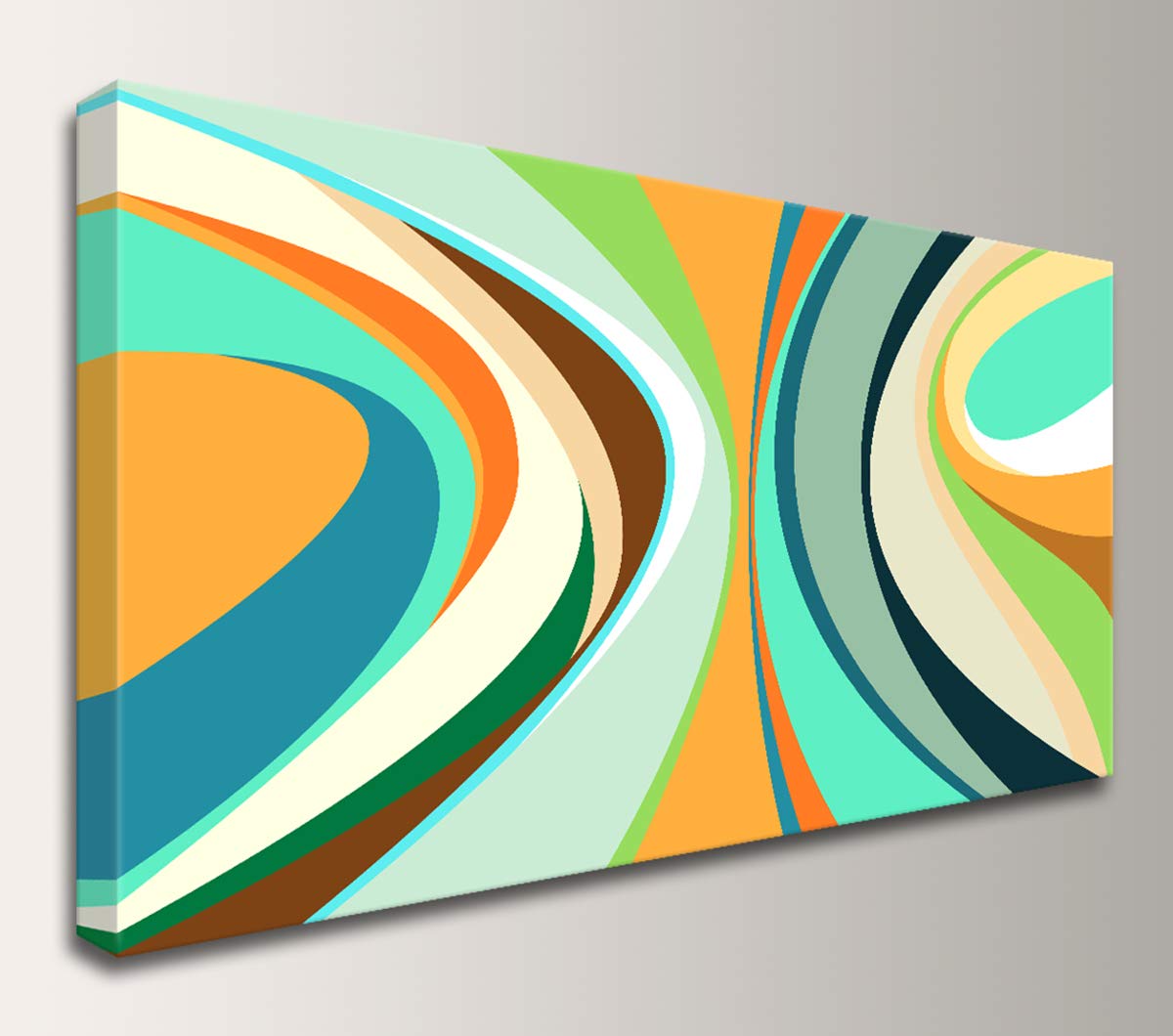 How I wish to see you in peace For you to feel the tranquility of the motion as the water of the ocean hits your feet These tired eyes long to get a glimpse of         you then quickly   fall  asleep  And dream of you  in a better place a better you a better me Tired of the way things have to be Why now in this place why you       and me We have a purpose we have a need How I wish to see you free O Jerusalem!  Free from the memories of previous years Where once light walked with us in peace  And gave us the duty to maintain the garden in peace with perfect harmony The quest for God is a journey, and every journey has a beginning. Before we venture into a new territory, we must pass through the entrance. The gateway has to be known, otherwise our excursion is not possible. Many try knocking on doors, but to their dismay discover that the doors are not opened. This is because they are at the wrong door. Approach through the right gateway, and it is then that you will truly enter a new realm.As the first chapter of the Quran, Al Fatiha is its gateway. It is the supplication for those on a quest for God while the rest of the Holy Book is the answer.  As the most oft-   repeated supplication of the Muslim daily prayers, Al Fatiha occupies an important place in the life of a believer. Yet, we remain largely ignorant of its true meaning and form a  mechanical and ceremonial attachment to this very important petition.  Conscious about not reciting the words merely in a parrot-like fashion, without having any intellectual    connection with the meaning behind the utterance, we must devote some time and thought to their study. Believers are to rehearse this petition during the five daily prayers, but do we know exactly what it is that we implore? As I observed the mausoleum of the Prophet صلى الله عليه وسلم  grandson Hussain رضي الله عنه‎‎  in Karbala, it seemed surreal that I was actually here.  People visiting the compound can do as they please – eat, sleep, walk, pray – as long as they respect the rules laid down by caretakers of the shrine, which are mainly for security reasons and keeping the area clean.  A common sight is people taking selfies with the shrine’s golden domes that provide the perfect backdrop.  You can also have your photograph taken by professionals who are usually seen scouting pilgrims.  On one side, groups of men recite QURAN and are in the state of remembrance.  The atmosphere is peaceful, as everyone is involved in their own activities.  Children, indifferent to the sanctity of the place and the sombre mood, run around laughing and shrieking as they do. What's good is that nobody admonishes them for their behaviour.  There are separate toilets and ablution areas for men and women.

The Battle of Karbala was fought on 10 October 680 (10 Muharram in the year 61 AH of the lunar calendar) between the corrupt Yazid led by Ibn Zayd and Shimr Ibn Jawshan and the brave Hussain ibn Ali رضي الله عنه‎‎ , the grandson of the Prophet of Mercy  صلى الله عليه وسلم , at the lands of Karbala in Iraq) . Prior to his martyrdom,  Muawiyah had nominated his son Yazid as his successor. Yazid's nomination was not generally seen as favorable by the community, as he was widely viewed as un-Islamic and had adopted the practices of the Age of Ignorance.   Upon Muawiyah's death in 680 CE, Yazid sought to legitimize his rule by demanding that Hussain, Muhammad's grandson, pledge allegiance to him.   Hussain did not give allegiance to Yazid and traveled towards Kufa. You can find thousands of stories online, let us continue with out experience. I am sorry I cannot hold you. I am sorry I cannot wipe your tears of terror from your tiny face, nor lift you into my arms. No, mama. No papa. I stole them away from you, don’t cry masita. I steal everything. Even the land I stand on now is stolen from your brothers and your sisters. It is winter in summer on the border of insanity. I can only step over your tiny bundled bodies with my big thick black boots as you lay on the ground like perros, like dogs, no...I take that back, we treat dogs better. We even have dog bakeries and doggy motels. Did you know? You are a mere bump in the road and no more, just like that strange black fruit swinging from the poplar trees in the deep south. So many babies laying side by side like in the maternity ward, but on the dirt after being kidnapped by capitalism

Muslims will be fasting this YOUM KIPPUR on Wednesday and Thursday just like our Jewish Cousins. It's Ashura, the 10th day of Muharram. Islamic tradition holds that the Prophet Mohammed encountered Jews fasting on this day, who told him they were marking the Hebrews escape from Egypt, and he decided to join them.  While the Islamic tradition teaches the Exodus occurred on Yom Kippur (in Judaism, the day of atonement) Jews actually commemorate the Hebrews' escape from Egypt on Passover.  If you're wondering why Muslims would celebrate a Jewish holiday, that's because Prophet Muhammad (عليه السلام) saw themselves as part of a integrated faith community, that included all people in Medina ex Jews, Pagan, Christians and Atheist . His community restored monotheism to its original factory settings. Prophet Muhammad (عليه السلام) being from the blood of Abraham (عليه السلام),  saw himself as concluding the line of prophecy that went way back to Adam in the Garden of Eden and includes Noah and Abraham. Moses and Jesus (عليه السلام), too: Ashura also has another, grimmer meaning for Muslims: it marks the day the Prophet Mohammed's (عليه السلام) grandson was killed after a failed uprising against a corrupt ruler. A ruler who inherited the position rather than being appointed on the basic of merit.  For all, it's even worse: The family of the Prophet was denied its right to live, but this time by blood and sword. So this week is, for all Muslims and Jews, a day of deliverance and a day of sorrow, of freedom -- and tyranny. Everything is dying: the cats,the  dogs --- the people. Only birds live because they have the sky. Where there are entryways, there are stones. Walls are wretched gaping mouths to potential enemy lines. It was a sniper that got my sister and struck my mother, picked them out as they ran with water for the thirsty in their hands. Is this what fate looks like? The bus is on loan from the king of Jordan. He would not send his men, but he would send a bus for the thousands fleeing. I board the bus and take a seat in the middle, in case it blows up at the front or back. My brother Adel is racing down the street. Don’t leave me, he is yelling, his face caked with dirt and blood. He is all I have left. In his hands he holds a bag of bread. Women lay over rubble in their thobes like dead moths. Silence catches its breath between the sting of bombs that hit my heart.

I used to love lamp light; the moon of the studious in university windows overlooking commerce and industry. I used to admire prophet like professors anointing the ignorant with prose of peace. Why do we leave? Because we must, if we wish to put our eyes on the heavens and claim a spot to call our own on this earth. I want to live. I want children to remind me of what happiness and joy sounds like because in these wars, we are robbed of everything, but hope. Birds of varied feather can be heard singing outside in the trees. A sun descends into twilight as  Iftar approaches; a cross - culture, interfaith feast of roast chicken, Persian basmati cherry rice with saffron, kabob koobideh with white onion, cucumber salad, sangak bread, naan and more awaits. Muslims, Buddhists, Christians, Jews, friends and strangers gather to pray together, then break the Ramadan fast with an offering of fresh watermelon juice and sweet dates before gathering to break bread. Going to Iftar was a great experience.  Even as an interfaith event there was such an overabundance of reverence and community. Several religions were represented including the Jews, Christians,  Muslims and others who I may not have chanced to meet. It was obvious from the start that some participants had found strength together in sharing about each others faiths. Yet the event to me seemed extremely beneficial for several more reasons. There in recent years has been intensity of growing tensions between religious groups; this event; I felt put emphasis on how each shares so much in common. Because of growing fear and ultimately hatred towards the generalized Muslim or even (foreign) groups, this event was especially helpful in separating facts from lies. My Muslim, Jewish,  Buddhist, and Christian brothers and sisters need to put bias and an Us Vs. Them relationship behind them. We need to remember and realize that we are neighbors who will grow only if we embrace making surviving relationships of sincerity and well meaning with each other. Participation in this Iftar has begun to do that. On Hajj & Its True Meaning